Secure your spot and get started today with our EXCLUSIVE offer!

By opting into the web form above you are providing consent for AKKA Karate USA to send you periodic text messages. Standard rates may apply. You can reply HELP at anytime or learn more. You may opt-out anytime by replying STOP.
ACCESS OUR SCHEDULE
& EXCLUSIVE WEB SPECIAL

Secure your spot and get started today with our EXCLUSIVE offer!

By opting into the web form above you are providing consent for AKKA Karate USA to send you periodic text messages. Standard rates may apply. You can reply HELP at anytime or learn more. You may opt-out anytime by replying STOP.
Jeremy Michael reviewed AKKA Karate USA —
5

I have been taking kickboxing aerobic sense October of last year. Had no idea I would like it this much! Everyone should learn to land a punch!!!

At AKKA Pueblo students are challenged to higher levels of excellence in their training. With a high level of commitment to their own training, Mr. Barela and Mr. Maes inspire their students to aspire to be the best they can be.

We love going here for karate, my son looks forward to going! The instructors are amazing and are so kind and patient with their students. I would highly recommend!

Our children Ella and Noah have been attending the AKKA karate program for over 4 months. They really enjoy it and they have both shown increased confidence and focus. We look forward to watch them continue to learn and progress.

The instructors at this facility are wonderful people. The atmosphere is perfect for people of any age who are wanting to improve or condition both mentally and physically. They are definitely masters of their craft, knowledgeable and respectful. I would recommend AKKA to anyone!

After 4 1/2 months in the program we have noticed a big improvement in both of our girls. They have increased their strength in physical training by leaps and bounds. We have noticed that they are able to concentrate better and they are more respectful of others. The personal attention they have received from their instructors has taken them from zero knowledge in martial arts to having a sound grasp of the basics. The instructors are quick to address any needs or concerns we may have. We are very happy we have our children in this program! 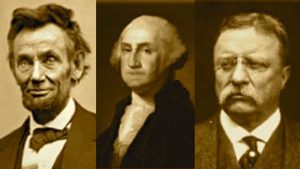 The term “Martial Arts” is a relatively broad expression that encompasses a variety of different disciplines. Typically, when we hear the words martial arts, the first ideas that come to mind are one or more of the techniques that have developed in Asian countries. However, the martial arts are comprised of most types of fighting techniques that focus on hand-to-hand combat and can come from any country.  For example, Savate comes from France, Back Hold Wrestling comes from Scotland, Capoeira comes from Africa by way of Brazil, and Skillz was developed right here in the United States.

While modern views on martial arts include smiling kids learning cool moves, many programs also offer adult training.  Not only have your friends and neighbors been taking advantage of the benefits of adult martial arts, but many world leaders are also involved in the practice.

Back when George Washington was 15 and entering Rev. Maury’s Academy (in Fredericksburg, Virginia), a finishing school, he probably didn’t know he’d be confronted by bullies. Being the kind of guy he was, he didn’t take the assault sitting down. He trained in an old Irish folk wrestling art known as “collar and elbow” wrestling; it is a discipline with throws, trips, kicks, pins, and even submissions; yes, it includes locks and chokes. It is a bit different than the wrestling you’d see in high school and college today.

Not only was Washington able to beat back the bullies, but he also became a wrestling champion. Well, he went on to do a lot more such as helping to win a revolution against the British Empire and becoming the first US President. This might have had something to do with his fighting spirit.

Abraham Lincoln Wrestles With the Bullies 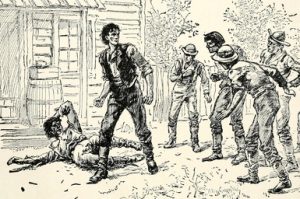 Long before he fought slavery, Lincoln was into defeating bullies wherever they happened to be. Working in a shop in a little town called New Salem, in Illinois, he was known for being a rather big and strong man; his boss bragged about him, and word got around town. Local bully Jack Armstrong had already been known as a formidable menace in town, and the locals wanted Lincoln to fight him. Abe agreed to a wrestling match and quickly trounced the bully.

Lincoln was known for being kind and pleasant, but also for being an intimidating fighter. As a soldier in the Black Hawk War, he defended a Native whom his troop wanted to kill. None of his colleagues were willing to go against him.

Even on the campaign trail, he’d stop talking to toss a ruffian around. In his legislative bid, a hooligan got rough with one of his supporters in the middle of his speech and Abe stopped what he was doing, tossed the agitator about a dozen feet, went back to the platform, and continued his speech.

Why was Lincoln so formidable? It was true he was big, strong, and brave. He was also trained in the art of collar and elbow wrestling. He was one of the best wrestlers in Illinois.

Also a wrestler, Grant would sometimes let his form of martial arts have an effect on his work. In fact, during the famous surrender of the Confederates at Appomattox, it’s said he apologized to General Robert E. Lee for the disarray of his camp. Apparently several of the “boys” had joined Grant for an evening of wrestling the previous night. 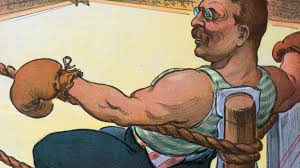 Teddy Roosevelt was always energetic and liked fighting. When he was younger, he boxed until he took a heavy blow that damaged his retina. After that, he focused on wrestling.

Teddy wasn’t shy, and he was known to storm around and assert himself. As police commissioner in New York City, he wasn’t afraid to walk the city and make sure the cops were awake and doing their jobs. He was willing to go to Cuba and take his Rough Riders into battle. He even took on big corporations and broke up monopolies and fought to limit workers’ hours and raise their wages.

Teddy was adventuresome, and when he saw a demonstration of Judo by famed Japanese Judo master Yamashita Yoshiaki, he had to try it out. While training, Roosevelt remarked that though he was getting old, his instructors could throw him around without hurting him. They were so controlled and skilled at their art. Teddy achieved the rank of 3rd Brown in Judo, no small feat.

An interesting aside: Theodore’s cousin, Franklin Delano Roosevelt, received healing massage therapy from famous Dan Zan Ryu Jiu-Jitsu master Henry Okazaki. As part of the discipline’s curriculum, students are required to learn healing massage. I have long known that Dan Zan Ryu practitioners also practice healing massage through my exposure to them through my martial arts training in Kenpo, an art closely connected to Dan Zan Ryu. Then, when I was training in the Filipino martial art of Decuerdas Eskrima, my instructor, who is also an expert in Kenpo and Dan Zan Ryu, told me about FDR’s connection to Okazaki.

So, it seems the Roosevelts are an adventuresome lot.

Barack Obama trained in Taekwondo while still in Chicago, IL when he was working as a professor and part-time state senator. His instructor was David Posner, who remembers him as a very diligent and disciplined student. President Obama eventually earned a green belt for this discipline of the martial arts. Then, in 2009, during his presidency, South Korean President Lee Myung-Bak awarded him an honorary black belt during a visit to South Korea.

America has always been a rough country. The frontier, a place where you had to know how to fight to survive and where fights were commonplace, produced men such as Abe Lincoln. He was smart but formidable. He won elections as much by his intellect as he did by his reputation for being physically tough.

And no doubt the personality that put a man up against mammoth corporations in the name of fairness also made Teddy Roosevelt want to learn an Asian martial art that was quite obscure at the time.

Being tough and having a sense of fairness seems to characterize these men and often characterizes martial artists. These are also common traits in leaders.